Christina started piano lessons at the age of six, which was rapidly joined by the recorder once lessons were offered in primary school. From her first public performance playing a duet with her piano teacher through to playing flute with a concert band in the Royal Albert Hall, music has always been woven throughout her life.

She has played the flute as a soloist on a number of occasions and has been a principal flautist with several orchestras, concert bands and ceilidh bands. As a pianist, Christina performed Handel's Queen of Sheba as one half of a duo in a sold-out concert in Hereford's Courtyard theatre, as well as many solos throughout her time at school. Christina has played and composed music for couples getting married. As a Christian, Christina has also shared her gifts in churches and meetings across the UK and abroad.

Christina achieved grade eight in both flute and piano at the age of 15, and was shortly approached by some parents who requested her to teach their children the piano, and so her music teaching career began. Soon after, she was invited by the local secondary school to take on their keyboard lessons. Her number of students rapidly grew, with many of her pupils finding that her enthusiastic and all-round teaching style enabled them to flourish, leading to her current success rate of 100% merit and disctinction for all pupils taking ABRSM exams.

Christina both trained and practiced as an orthotist, which took her to Glasgow, London and then back to Glasgow. Throughout her time as a healthcare professional, she continued teaching music part-time. Marriage to a local brought her 'over-the-water' to Northern Ireland and after a short break in her tutoring, Christina is raring to share her passion and knowledge of music once more.

Christina is married to Stephen, an accountant, and mummy to Liam, the most gorgeous baby in the world! In her free time she is a passionate knitter. 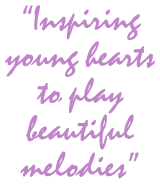 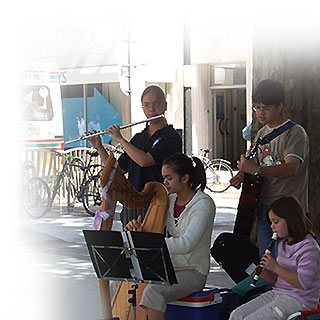 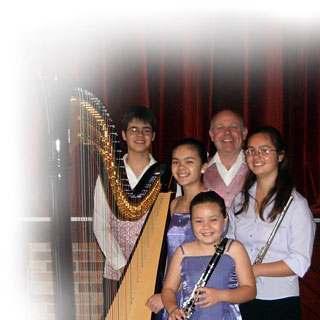 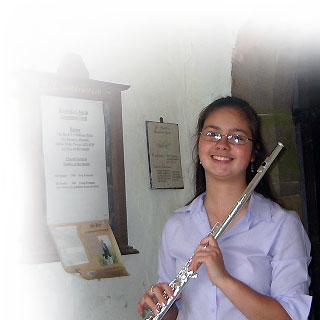 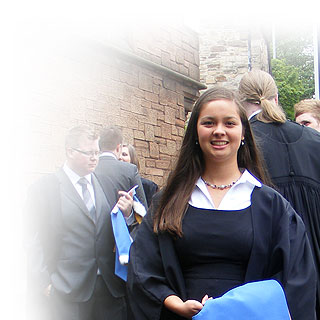